I didn’t get to see the preview of “Wrath & Glory,” the new Warhammer 40,000 RPG, at Free RPG Day a few weeks back, though it’s coming to PDF soon. The mechanic that I am aware of in the game, the one that caught my eye, is a balancing mechanism to make sure super-soldier Space Marines can be in the same party with low-level Imperial Guardsmen… it’s basically superhero tiers, like in Domino Writing-style USR. In that game’s case, the Guardsman has enhancements to reach the Marine’s level; in USR, of course, the lower-Tier hero has extra Narrative Points to accomplish the things other characters are expected to do normally.

But what if we added the 40K universe to the USR rules? There’s plenty of reference material — you know what an Adeptus Astartes is, even if you’ve never played any 40K game of any kind — and USR is a great way to tell the expansive variety of stories that can be told in that universe: 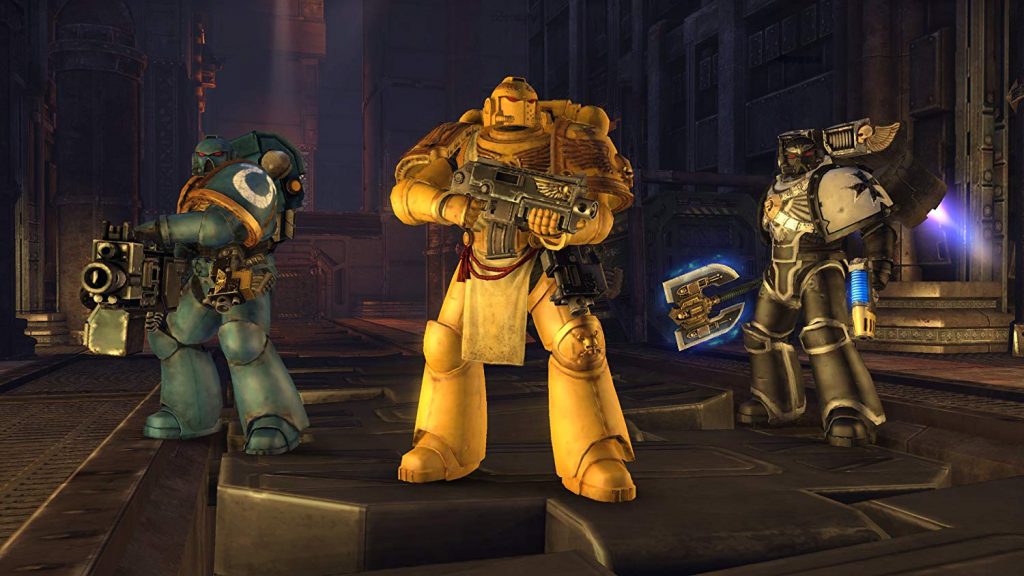 Who doesn’t want to play these guys at least once? (image: Games Workshop)

If you’ve ever read any 40K fiction, or even watched 40K video game cut screens, you’ll know there’s not much to most characters’ personalities: with the exception of a few Imperial Guard characters, everyone in the 40K universe just wants to kill somebody else (usually a lot of somebodies). In a role playing game, characters need to be distinct somehow, to be a “role” you can play. If you don’t want to go too far off the traditional 41st Millennium character type, try Specialisms like “Lone Wolf,” “Carries Big Guns,” or “Quick To Anger” — they offer the right attitude without making the characters much more than traditional 40K killing machines.