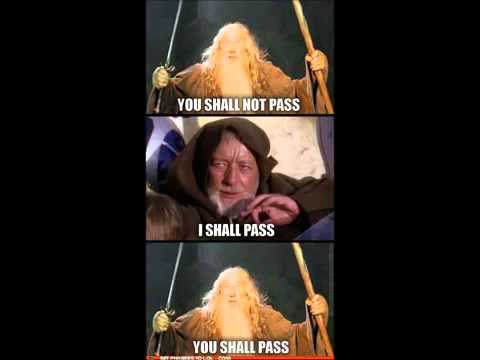 The Force is one of the things that makes “Star Wars”… well, Star Wars. It’s not quite magic or psionics as seen in other works of fiction, but it’s easy to understand, and so well-known it’s even referred to outside of fantasy and science fiction (I can’t count the number of times someone has said “Use the Force” or “Jedi mind trick” without talking about Star Wars).

In the role playing games, novels and the video games they inspired, Jedi, Sith and other Force-users have access to dozens of powers. But since this series is only focused on the original trilogy of films, there’s only about a half-dozen abilities. Most of these names come from the d6 system Star Wars RPG, where they were created.
That’s nine Force powers. You could make each one its own Specialism, but let’s take a cue from last week, where I described The Force (or Use The Force) as a Specialism itself. Each power, then, is just a way a character can use The Force. We don’t even need to detail “power levels” or anything like that; in most of the Star Wars RPGs, there are specific rules for how much damage Force Lightning causes, or how far a message sent with Telepathy will reach.
But this is USR, and specifics like that are not Unbelievably Simple. Narratively, it doesn’t matter. How high does Luke leap, on a successful Wits + The Force roll? As high as the game master decides works for the story. The target number is set based on the amount of stress the hero is under, the obstacles in the way of the leap and the need for the hero to succeed (in this case, our game master, George, set it at a 7).
Another example: the Emperor rolled well on his Wits + The Force roll when attacking Luke with Force Lightning, causing enough hit point damage to knock Luke to the ground and keep him sparkling with electricity. He doesn’t need a separate listing of damage caused by Force Lightning. It’s just an effect of this particular Wits + The Force die roll.

Training to gain powers is an important part of The Force in Star Wars. Since there’s only nine powers to choose from, let’s say a hero with The Force as a Specialism starts with two, and gains another after each level. You can increase or decrease that rate, of course, especially if you add more Force powers.
And then there’s the Dark Side. In the other Star Wars RPGs, you collect a number of Dark Side points each time you use a Dark Side power (here it’s Force Choke and Force Lightning), or if you do something else evil. Too many, and you’ve fallen to the Dark Side and become an NPC. You can do the same in USR Star Wars (say, a number of points equal to your Ego die value — 6, 8 or 10), or simply make it part of the story, where a character turns to the Dark Side when it’s dramatically appropriate.

A Kind Of Magic

The rules for The Force can probably be used for any other kind of supernatural power, too; because of the way combat is handled in Domino Writing-style USR, a killer fireball or a summoned mass of strangling vines is just a way to describe a successful Wits + Magic Specialism roll. Or it could be an Ego + Magic roll, to represent those characters who derive their power from their force of will.
What Force powers did I miss from our Original Trilogy list?