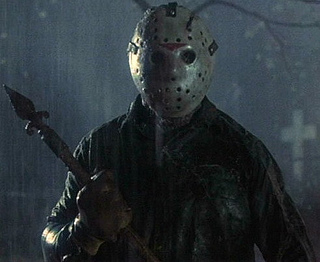 October 25, 2017
andrew-domino-
Settings, Superheroes, Unbelievably Simple Rules, USR
Archetypes, Characters, Horror, Monsters, Specialisms
It’s Halloween season, time for a look at this classic genre for role playing. There are many ways to mix horror and gaming — fantasy has plenty of horror-themed beasts, and no game is complete without a nod toward H.P. Lovecraft’s creations. But today we’re going back to the 80s and beyond.
Slasher films feature a supernatural creature attacking a bunch of nobodies. Think “Nightmare On Elm Street” and “Friday The 13th.” This is not about setting the mood for a look into the darkness of the human soul; this is about teenagers having sex and showers of blood!
It’s a perfect genre for a game like USR, because statistics are less important in a narrative game. No one in the setting can go toe-to-toe with Freddy or Jason; they’re much too powerful. Instead, the protagonists have to out-think or at least out-run their enemy. You could have a game where players are the monsters themselves, but that’s really just a superhero game (without the “hero”), and it’s not what we’re going for here. This idea was inspired by the Slasher Flick RPG.
In a slasher film game, each player creates three characters, using the standard Domino Writing-style USR rules (though without assigning equipment or spending Combat Gear points). Specialisms in this game should lean heavily toward stereotypes, like Cheerleader, Jock, Redneck, Naive, and Rebellious.
You can determine Narrative Points and Hit Points for the characters, but they probably won’t use them. And don’t forget to create a slasher — make sure it’s got a signature weapon (a clawed glove, a chainsaw) and a gimmick (attacks in dreams, possesses the body of a doll).
When the slasher is ready to start its rampage, roll a die to decide which of the characters is the first victim. If there’s three players, that’s nine characters; roll a d10 to decide which one is first. Other characters may be in the scene, but the current victim gets the spotlight.
Create a scenario for that victim: what they’re doing before the slasher shows up and what they do to escape or fight back. The scenario should have three die rolls built into it. Here’s a few examples.
Tell a story with those dice rolls mixed in. It’s a “best two out of three” situation: if the character succeeds at two or three of the rolls, he or she survives… for now. After each character has told his or her own little story, count up the number of survivors. If more than half are alive at the end, the players win, but that’s the end of that horror movie franchise — fans are there for the clever kills, after all. If half the survivors, or fewer, remain, the slasher joins the fraternity with Michael Myers and Ghostface.
What does your slasher look like?