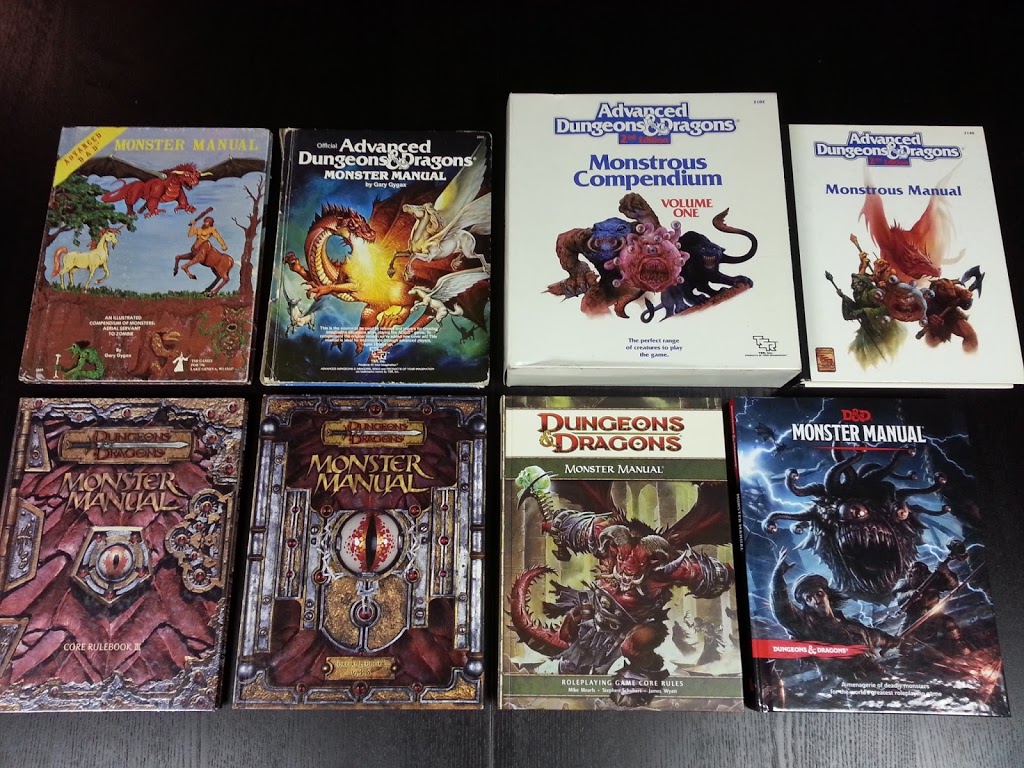 August 30, 2017
3 Comments
andrew-domino-
Unbelievably Simple Rules, USR
Fantasy, Halberd, Monsters
A “monster,” in a role playing game, is any enemy, from the little goblins and huge dragons of classic fantasy, to security guards and ninja in modern games, to little robots and huge mutants in science fiction. They don’t have to be inhuman — even your evil twin is a monster, after all. Since our guiding principle in USR is to be simple and fast, let’s create an entire Monster Manual in one chart.
This is inspired by the original monster chart, found in Scott Malthouse’s Halberd Fantasy Roleplaying, page 26. It assigns levels to monsters, to approximate their power and competence. We’ll streamline it here.
Main Stat Die: The die used for most of the monster’s rolls. In most cases, this will be its Action stat, but a psychic warrior might have its Mind as the main stat, to better use its powers.
You can assign the other stats as needed, based on what’s appropriate for the monster (for example, the guard standing outside the emperor’s throne room has Action as his main stat, representing his fighting skills with that halberd he’s carrying. But if you’re trying to convince him to let you pass, you’ll have to decide what his Wits stat is — probably about the same as his action, a D6). In the same way, Specialisms aren’t listed for monsters, but they can be assigned as needed, probably offering a bonus of +1 or +2, like a starting hero. You might even assign a penalty to a monster’s roll, say -2 if a big, dumb ogre is trying to solve the riddle your hero has posed. And trying to play a riddle game with a normal wolf simply won’t work at all, no dice rolls, penalties or bonuses needed.
Combat Bonus: This is used for both the monster’s attacks and defenses, and represents weapons, armor, brute strength, magical ability, and whatever else is needed. It too can fluctuate depending on the specific attack the creature is making: that vampire lord uses a +5 to lure your hero close to him, but only a +2 to throw a punch.
Hit Points: The maximum hit points for the monster, putting Power Level II and III monsters on par with most Domino Writing-style USR heroes. You can take a cue from Dungeons & Dragons 4th Edition and decrease a monster’s HP to 1, if you want to have heroes wipe out a half-dozen monsters in just a few turns.
The math here is pretty easy to see, so you can create more mosters easily, though most things will fit somewhere on this scale.
Where do monsters in your game fit on the Power Level chart?